A father wonders how to support his 10 year old daughter toward eventual ritual initiation into adulthood. David Wiley, elder and ritual leader, gave this answer: 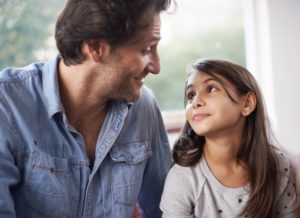 Traditionally, as a young woman is getting ready to emerge and move into the world and become more independent, the influence often moves from the mother to the father. So in some ways, the mother was there to produce the nest, hold the family, keep and teach about relationships. But when it comes to moving out into the world – “What is the world about? What am I going to encounter there?” – you often find that young women will exhibit separation energy through fights with their mothers. At this point it is common for them to look toward the father. Daughters want to hear from their father in a way that is confident, patient and reassuring. With my daughter, I could make my suggestions and let her be and she eventually picked up on the advice and could move with it.