As a Firekeeper and Plant Spirit Medicine healer, I have been holding Community Fires and building my healing practice in my local community on the west coast of Australia for several years.

In October, I was invited to share both of these experiences with a new audience on the other side of the country. Queenscliff is a beautiful seaside town on the south-east coast that doesn’t have a Firekeeper or any Plant Spirit Medicine Healers. Not yet anyway!

In the afternoon, over 35 people gathered to listen to and share stories about the wonderful gifts of the plants. This was followed by a community fire in a local indigenous garden that night. I met a wonderful collection of people that night, with a terrific diversity of ages, from young children right up to the elderly. There were so many people already doing great heart work in their community, gathering around the fire and building connections in a new way.

There was much joy and laughter and wonderful discussion, but there was one aspect to this night that really stood out to me. This was the healing capacity of community fires. 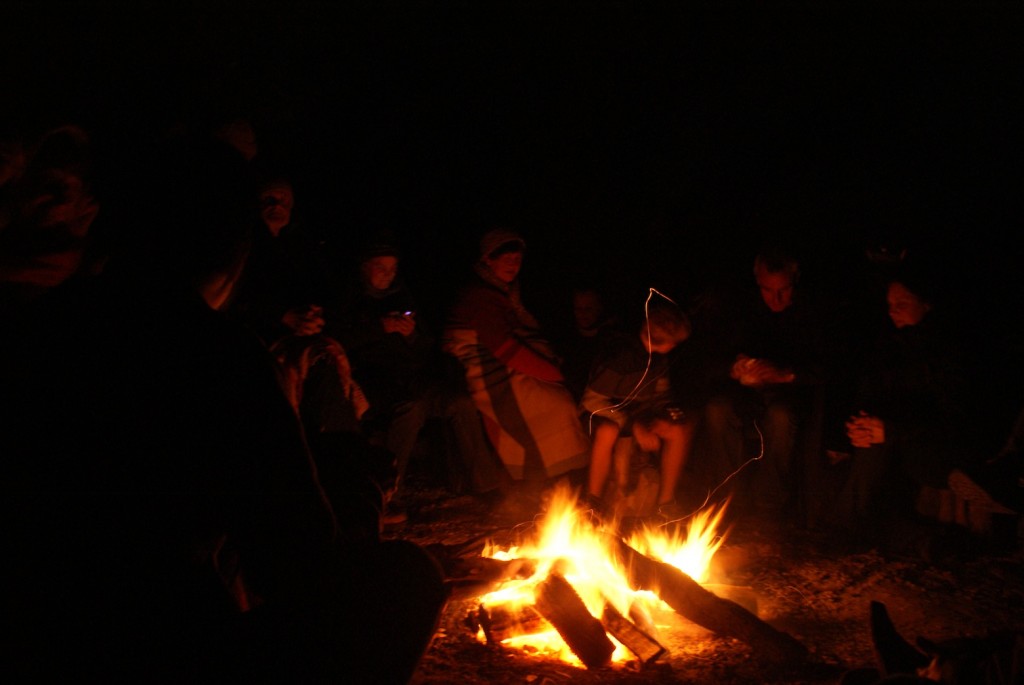 One man attended the fire who had a tremendous impact on me, and I’m sure the same is true for everyone else who was there. Reg is an old-timer in every sense of the word. As one of the last remaining old-fashioned fisherman you can almost see the salt water that must run in his veins. But that was a long time ago, and Reg’s present day frailty was clear to us all. As we went around the circle introducing ourselves, Reg spoke about the serious health and personal problems he was confronted with.

Later in the evening, I invited Reg to tell us more of his story. We all sat in rapture as we listened to Reg speak of the history of the town, of the old ways of fishing in hand-crafted wood boats, built for staying upright in the waves of the Southern Ocean.

His son joined in and spoke about a chance encounter a few years ago, where he was able to re-purchase one of the old fishing boats and restore it. How it is now proudly anchored in the river. Reg spoke more about his views on sustainability in fishing and in life, born in him long before the word became fashionable.

The more Reg spoke, the more the colour returned to his face, the more vitality came through his voice. I half-expected him to begin doing a little jig around the fire. Before he left for the night, Reg spoke about the sense of restoration he felt from his time around the fire and how healing it had been for him to tell his story and for it to be heard. Slowly, reluctantly, people began leaving the fire one by one, returning home to their beds for the night. The last remaining few of us sat around the fire listening to the wind singing its message through the trees and watching as the stars and moon broke through the clouds.

I reflected on how much had occurred that night. I had witnessed a community begin to galvanise together in a new way around the fire. I had seen children play and be entranced by the fire. But what stayed with me the most was old Reg’s story. Even though I was a stranger to this town, hearing his stories connecting everyone to this place helped me feel more connected. It wasn’t only healing for him telling his story. Somehow there was healing in the listening as well, for me, and I suspect for everyone there.

Reconnecting to a practice that is old as time itself: there is a powerful healing available in the simplicity of community fires. Sharing our stories with the warmth of the fire, feeling the presence of the world around us, connecting with one another, beginning to feel at home. This was the first community fire in Queenscliff, but it won’t be the last. The spark will ignite and a new fire will be born.

Learn about Community Fires and the Dance of Deep Community.

Medicine for our Time