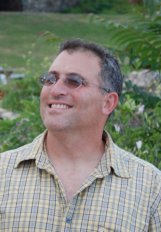 A marakame (shaman) in the Huichol tradition and a granicero (weather shaman) in the Nahua tradition, Mark Gionfriddo began his Huichol shamanic apprenticeship training in 2003 under tsaurririkame Eliot Cowan of Santa Barbara, California. His apprentice training in Mexico included more than six years of instruction and rigorous pilgrimages. He was initiated as a granicero (weather worker) by Don Lucio in 2002.  Mark has been working together with David Wiley on the Ukila’i Men’s Retreat Program since its inception in 2005.

Mark is a facilitator of Lifeways’ Ukila’i Men’s Retreat.