A New End of the World

My experience of a Solstice Fire was what this community is all about: spreading the warmth, love, and connection of fire.

I had planned a trip back to Massachusetts to spend Christmas with my granddaughter and my three daughters, whom I had not spent the holidays with in ten years.  I was going to stay with a very dear friend and her son whom I had not seen in a long time. The trip felt very important to me; I was to leave on December 18th.

I attended a Grandfather Fire here in Tepoztlan a few days before and listened to Him speak of the ending of the 5th Sun and the beginning of a new cycle, and what we could do to honor this time of the Solstice. As I listened to His words, I thought oh no, I won’t be here….and then I heard Him say that for those who wouldn’t be here we could write out our lists of that which we wanted to let go and give to someone who would be attending the fire, and they could make the offering for us. That made my mind rest easier, yet still I was disappointed that I would not be with my community at such an auspicious time. I contemplated if I would be willing to change my plans, and in my heart I knew that I needed to leave things as they were. I would make my list and give it to a friend whom I knew would be going to the fire.

I arrived in Boston late on December 18th, and my youngest daughter was waiting for me with a huge smile. I knew at that moment that this was where I was to be. The next day, my friend came to pick me up and bring me to her home and the smell of the ocean filled my senses.

After getting settled in, my friend, her son who is 11, and I sat around catching up on our lives. Her son began to tell me about the “end of the world” that was coming and all the other frightening things he had heard.  He laughed as he told me, yet I could hear the question and anxiety in his voice. I asked him if he believed all of what he heard.  He was unsure. I told him I had a different perspective about this approaching time and asked if he would like to hear it. Both he and his mom said yes.

So I spoke about what I had heard at the fire. As I was speaking, I could see him relax a bit as he listened attentively. He asked questions about the list. What kind of things do you write? I explained that folks wrote whatever they wanted to let go of; perhaps to no longer do, or feel, or even maybe think. That they could write personal things, as well as things about the world. I went on to describe what they would do with their lists and how they would then greet the new dawn of a new cycle the next morning. He asked if he could write a list. Now I thought about this in that moment, we weren’t close by a fire, yet here was this small boy so drawn to what was happening and so I asked if he and his mom wanted to build a fire in their backyard and then he could make his offering. I was tickled that both of them were quite excited about doing this.

There was no consecrated fire pit, simply a small metal fire pit that they used for cooking outside on. We had gone in search of fire wood, and found some at the local grocery store. My friend’s son had gone to his room to write his list; he didn’t want to share it with anyone, and my friend had spent time contemplating her list as well. I had told them that my list was being offered at my community fire.

It was a cold and rainy night, and not easy to get a fire going, but they did. We quietly stood around the fire, silently making our prayers. When they were ready, they made their offerings of their lists and we stood together as they burned. We made sure the fire would be okay, and then went inside to have hot chocolate. The plan was to get up the next morning before dawn, and with their two dogs, go to the ocean and greet the new cycle. I was thrilled to be going to the ocean and delighted that this young boy was so excited about doing this.

It was dark when we left for the beach not far from their home. It was one of my favorite beaches: it goes on for miles. We parked the car, got the dogs on leashes, and walked down to the water. It was cold, the sky was steel gray with heavy clouds, and the ocean roared. I wondered if we would see the sun rise, and then the clouds lifted along the horizon, leaving a space between them and the water, and in that space came the sun, painting everything a beautiful rose color. It was the most magnificent moment, and there we all were!!  Even now when I look back at it tears fill my eyes.

We stood there for some time, simply taking in the moment and knowing that this was the beginning of a new time. No one spoke as we walked back to the car, piled the dogs in, and left. We drove along the back shore watching the day arrive over the ocean. To celebrate this called for more hot chocolate, coffee, and donuts.  Once we were home, my friends son thanked me, and we all hugged each other.  What a way to start a new cycle!

No I wasn’t with my community, I didn’t get to be around a consecrated fire. Instead, I shared something the fire gave me with two people whom I love deeply, and watched a young boy leave his childhood fear and open his heart.

Trish Cannon enjoys sitting on her roof top patio watching the mountain turn gold at sunset. She has been a member of the Sacred Fire Community for over 10 years, and is an initiated Nahua granicera (weatherworker) since 2000.

Discover the path of Firekeeping.

Fire Stories: I must embrace the fire in me to truly live harmoniously with the world.

Do you Mind If I Smoke? 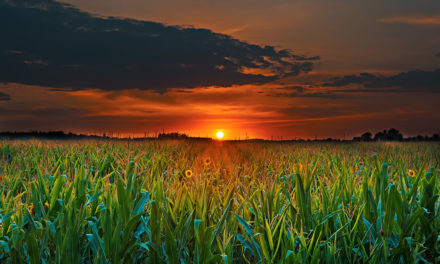 Your help is critical to Sacred Fire’s success in 2020!