When the Earth Trembles and Burns 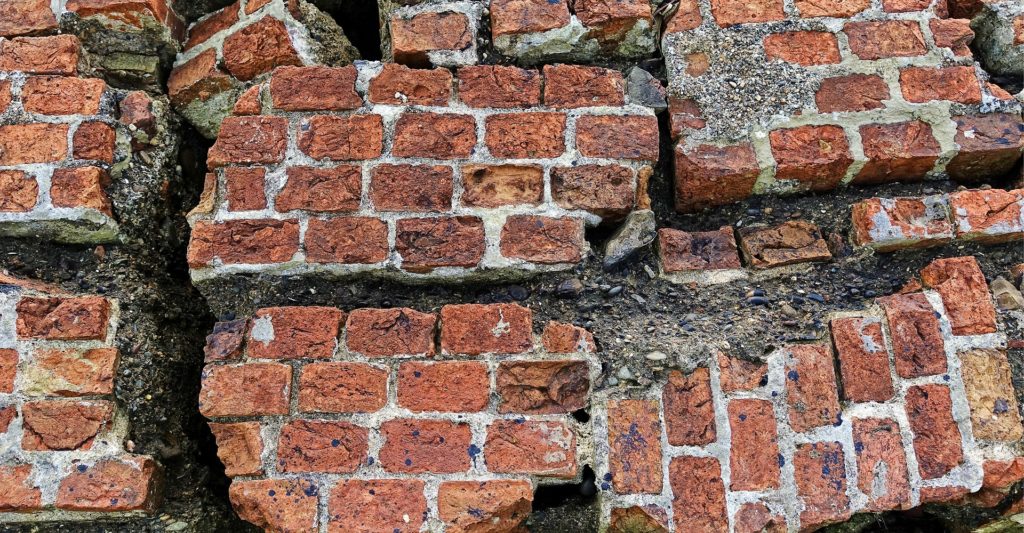 Erica Cohen was just wrapping up work in her garden when the earthquake started. She wasn’t concerned at first. Tremors are common in her Mexican town, and they generally pass with relatively little fanfare. The shaking didn’t stop this time, however. It got stronger. Something was different. She could sense it. That’s when things got scary.

As the earthquake intensified, Erica tried to get farther away from her house to make sure it didn’t fall on her, but the ground turned to jello beneath her feet. She could only struggle to stay standing as the world thrashed around her. Subsequent reports indicated the event lasted about 20 seconds. For Erica, it felt like a lifetime.

By the time the quake ended, the wall across from her home had collapsed, and the interior of her own house was in total disarray. The centuries-old church down the street was severely damaged.

Erica was actually relatively lucky, all things considered. The earthquake registered a 7.1 on the moment magnitude scale and left more than 350 dead all around Central Mexico. Erica and her town, thankfully, survived the incident without serious physical injury.

Erica’s experience of the earthquake may have been different than that of many people. Her years of study and practice as both a Sacred Fire Community Firekeeper and a Shambhala Buddhist have given her a certain perspective on life and the natural world. 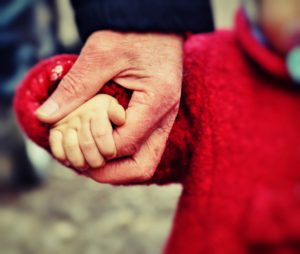 For Erica, the Earth is alive in a very real, sentient way. One might expect living through an earthquake to make someone angry or distrustful of nature, but Erica’s feelings of connection and solidarity were actually amplified. “I could feel the Earth in a way I never felt before,” Erica said in memory of the earthquake. “I could feel this enormous powerful Being under me, and it seemed as if She was rolling over in her sleep.”

A few minutes after the quake ended, Erica gathered herself and walked two doors down her street to check on her neighbor. Others started filtering out onto the street, shell-shocked. “That’s when the most beautiful thing happened,” Erica said. “People would look you right in the eyes and ask if you were okay. It was like this instinctive human thing to check each other out.”

The humanity displayed in the earthquake’s aftermath left a strong impression on Erica. “The ego just falls away,” she explained. “It’s something you wish would stay,” she added with a little laugh.

Perhaps the most powerful memory for Erica came the night after the earthquake. With all her emotions still bundled up inside of her, she made her ritual offerings to Grandfather Fire. That was when the dammed-up reservoir of emotions inside of her finally let loose. “I just started sobbing as I released all this stuff,” she said.

With emotions flooding over her, Erica was suddenly struck by a feeling of love and acceptance that still transcends her ability to fully express it, even as a psychotherapist well-versed in the vocabulary of mind and emotion.

“I felt I was being held in the circle of the Fire, and the community, and the elders,” Erica said, somewhat hesitantly, as she struggled to express the profundity of her emotion. “I had a visceral experience of safety, and a powerful understanding of how important this community really is.” 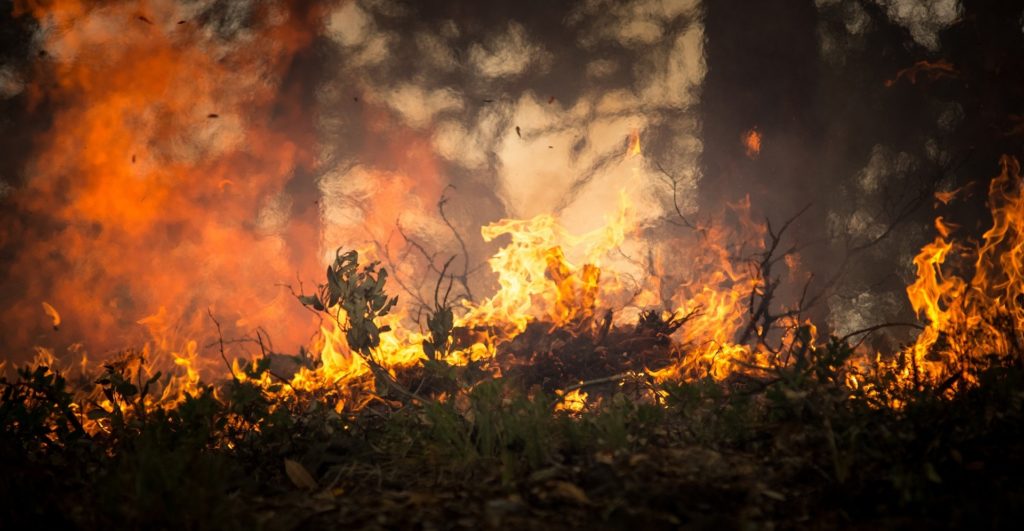 Angela and Anthony Ocone had a similarly transcendent experience when wildfires ripped through their southern Californian town. As Firekeepers, their relationship to the event was unique. The question comes naturally: how do Firekeepers deal with the experience of having massive fires threaten their very home?

The partners were evacuated from their town as the mountain of fire approached. Interestingly, they both seem to remember feeling awe just as much, if not more than, fear. It was the same feeling of sublimity that Erica had discussed when telling me about the earthquake. That feeling of smallness in the face of nature is a distinctly spiritual one, a reminder that we’re not as big as we like to think, a truth that is often oddly comforting for those who experience it. That comfort doesn’t mean, however, that the event isn’t also simultaneously terrifying and traumatic.

“It’s really powerful to see something so big,” Anthony said. “It changes your relationship to things. I felt like once the fire came, things came apart for people here, and there was no way to put things back together again as they were before. We’ve changed, but we don’t know how we we’ve changed.”

As the partners try to process their experience and make sense of it, much still lies beyond the ability of words to explain. “Just because we’re Firekeepers,” Angela said, “doesn’t mean we fully understand what’s happening. Life is a mystery, and Fire is mysterious, and it remains just as much so to me as a Firekeeper.”

One coherent emotion resonating with both Anthony and Angela is a renewed appreciation for community–not only that of Ojai, but that of the Sacred Fire. “We have a lot of friends in the Sacred Fire Community, and it was really nice to connect with them,” Angela said.

They were also grateful for the wisdom of David Wiley, a respected elder within the community, who explained the fire to them in a way that no one else could have. Wiley spoke of the fire’s winds “calling out to the ocean” for rain and of the whole process being a physical manifestation of spiritual dynamics.

As Angela and Anthony grow into their evolution and figure out “how things have changed” within and around them, they have the Sacred Fire Community there for support. For that, they are grateful. 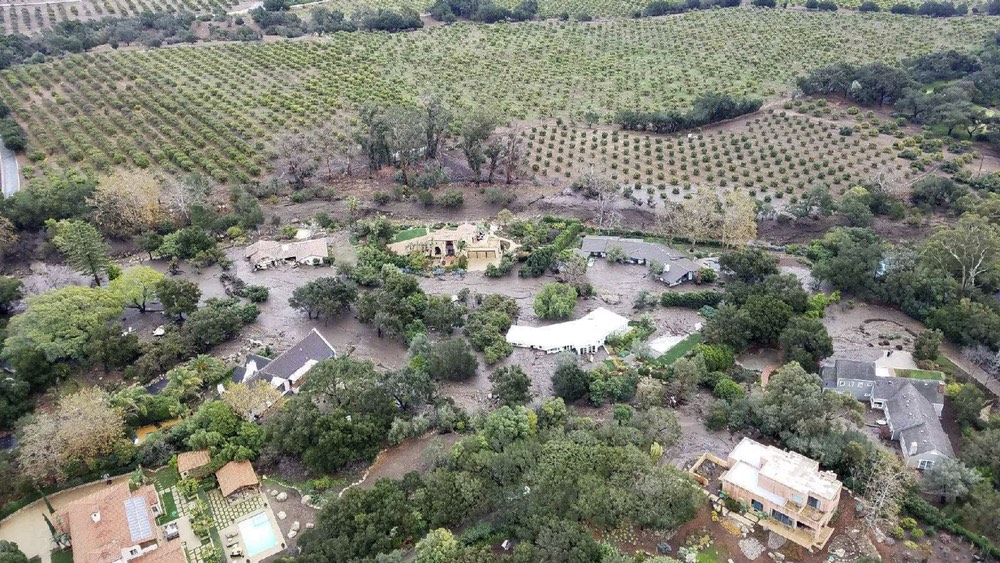 Elizabeth LaCaze of Santa Barbara, California, also lived through the southern California wildfires and the mudslide that resulted from the aftermath. Heavy rains falling on earth that had been scorched of its anchoring vegetation created devastating and deadly slides.

Elizabeth’s home was out of harm’s way, but those affected were part of her community. While it was known that the burn-scarred landscape left the area vulnerable to a mudslide, few expected the massive destruction that followed. The community was left numb with devastating losses of life, property and beautiful landscape. As people emerged from their shock, many began to come together in new ways to help and to grieve, allowing for more open-hearted support of one person for another and the breaking down of previous barriers.

Elizabeth sees the need to embrace a wide lens spiritual perspective as well as to honor raw human emotional responses. “On one hand, this is the play of the gods, the workings of Grandfather Fire and Grandmother Ocean. Their natural cycles have become extreme as part of a re-balancing act.” And yet, many people have been left with heavy hearts, fear and trauma. Elizabeth explains, “I feel it’s important not to go too fast over feelings with a spiritual bypass– what’s important to me as a Firekeeper is to allow space for the range of feelings — helplessness, fear, grief and the overwhelm of trauma, as well as to appreciate the generosity and compassion that naturally arises in response to the loss.”

Elizabeth continues, “ We can also remind each other that these events are an opportunity to be in deeper relationship with the natural world. Ours is a living world. The gods are talking to us. We’re in relationship with them. Mother Nature is indeed taking us on a wild ride, and in the process she herself can teach us how to navigate change. Developing our own relationship with nature, with all of its deep mystery and wisdom, can hopefully help us to deal with the increased frequency of natural disasters.” 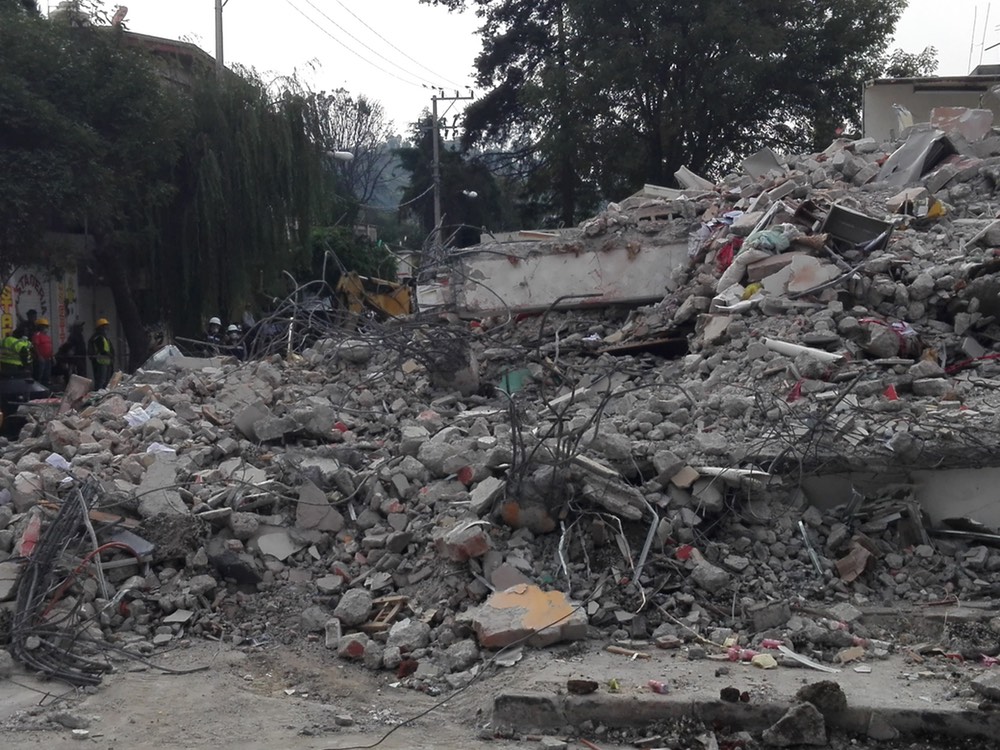 When the Mexico earthquake struck, Paul Wills was in Tepoztlán during fiesta for his partner Anne Lynn’s initiation as a mara’akame (traditional healer and ritual leader). Interestingly, for Paul the most powerful experience wasn’t the earthquake itself. “The fiesta itself opened me up entirely,” Paul said, “and though the earthquake was quite something, it was not the most significant part of my experience.”

Paul struggled to elucidate the exact nature of his feelings. “Internally, the experience and aftermath of the earthquake is inseparable from the experience of the whole fiesta, which was an extraordinary, life changing time for me and I am unable to unpack the effect of it specifically.”

Paul’s internally transformative experience and his inability to fully express it runs along the common thread that binds all these stories together. Wildfires, earthquakes, and mudslides are events of awesome magnitude, but so too is the magnitude of a community. Faced with one’s own smallness and impotence in the looming face of mortality, sitting around a fire with friends helps tie our souls into a human fabric much bigger than ourselves. In that way, a community offers something transcendent.

Whether it was the love and openness felt during fiesta, solace of friends gathered around a hearth fire, or the urgent impulse to alert people to the danger posed by human destruction of the environment, the strength of community is the thing that resonated most strongly with all these witnesses of natural disaster. Perhaps that, more than anything, is what Sacred Fire is about. 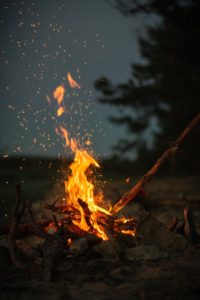 Beyond our mental inability to fully grasp nature’s movements and destructive capability, there is the healing power of sitting around a fire with good friends–so simple, yet powerful enough to lift our spirits up out of the ashes and the rubble. Powerful enough, even, to feel gratitude for nature’s sometimes-destructive power.

A shared fire is more than just burning wood in a pit—it’s a circle of light in which we gather together against the darkness. Ultimately, it’s the same fire as the one that ripped through southern California. As a big movement of Nature, we may see fire as destructive, yet it also clears the way for new growth. In the form of a community fire, this elemental force helps us find our way back to each other, inviting us to leave behind some of our individual ego attachment and to reaffirm the gift of being in relationship with others.

In that way, fire is the ultimate paradox. It doesn’t just create and destroy…it creates while destroying. It burns down one kind of house in order to help us build another, side by side in a circle of light.

Some say that magic and deep mysteries are to be found sitting by Fire, and that may very well be. But even without that, there’s something profoundly powerful about gathering around the flames with family and friends, simply being and letting be.

As a fellow named Albert Einstein once said, “Strange is our situation here on Earth. Each of us comes for a short visit, not knowing why, yet sometimes seeming to divine a purpose. From the standpoint of daily life, however, there is one thing we do know: that man is here for the sake of other men – above all for those upon whose smiles and well-being our own happiness depends.”

Community, connection, and compassion…try finding those things on Amazon. 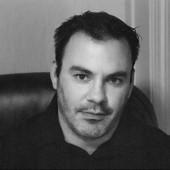 Jeff Suwak is a writer and editor in Washington state. He came by the Sacred Fire Community through a consultation with Olympia Firekeeper and mara'akame Peter Brown. Jeff has been described as both "devastatingly handsome" and "irresistibly charming," but only by himself. Others describe him as "that weird hermit dude with hairy feet and stacks of old books no one else cares about." Some of his writing is archived at http://www.beyondthetempestgate.com/. Jeff is not convinced that anyone actually exists, but still tries to be as helpful as he can be and to have a good time in this endlessly beautiful and mysterious life.

When Men Gather: The Gift of Elders 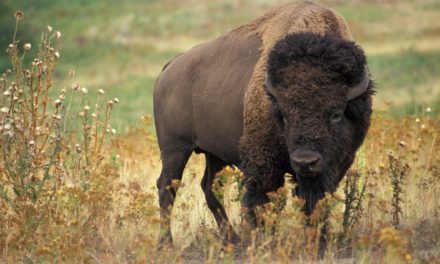 The Difficulty of Being Human 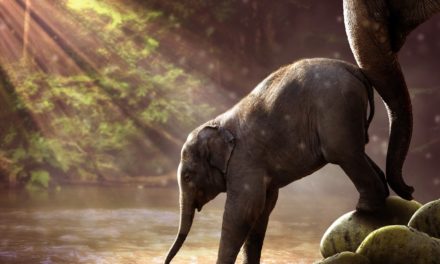