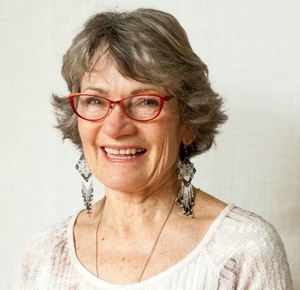 In 1982, a special experience set Sherry Morgan’s life on a spiritual path. In 1995, she left on a two-year quest to find her teacher. This teacher, don David Wiley, has supported her learning ever since in his capacities as tsaurririkame (elder Huichol shaman), axihuatakame (“spirit-speaking person), and quiapaqiz (Nahua weather worker — literally, someone that makes moisture rise up and inundate the land).

Following a vision quest in 1997, Sherry began to receive messages to teach people about prayer. Don David transmitted teachings to her the following year, and she began teaching in 2000. She has since taught in five countries: Canada, USA, Mexico, England and Wales. Sherry has also learned much about prayer from Ojibway and Náhuatl elders, from her initiation as a quiatlzques (a person who works to establish relationship with the weather to benefit her village), from her sacred mountain work since 2001, from her students and from her own daily prayer practice.