…and the Food was Good, Too! 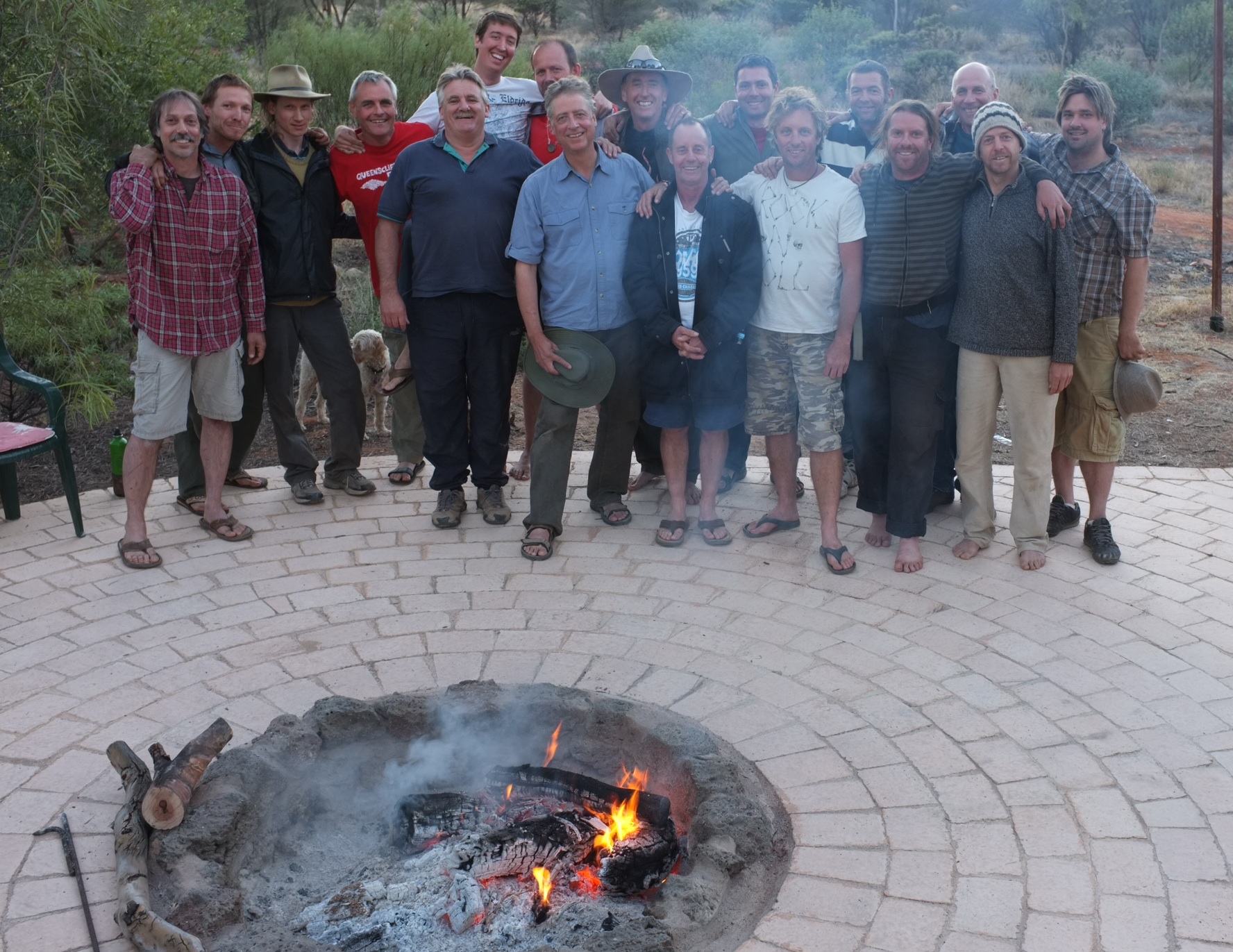 The 2012 Men’s Retreat hosted at the Sacred Fire Community hearth of Roger and Reyna Menadue was one of the most transformative experiences in my life.

Seventeen men, bachelors, fathers, and grandpas, came together in Alice Springs, Australia under the guidance of tsaurirrikame (elder Huichol shaman) David Wiley to attend Ukilái, the Sacred Fire Community’s Lifeways Men’s Retreat. Some of these men traveled up to 10,000 miles to reach their destination. The event was assisted and coordinated by his son David, with head Firekeeper Roger providing the working envelope for the event. Thank you, guys!

Although the beauty of the Australian desert is soul-stirring in its own right, the combination of men’s hearts thrown into this cooking pot is what made this event such an unforgettable experience for me. It’s easy for a gathering of men to become an unwieldy mob of competitive egos, but this mob was carefully guided and nurtured to achieve a level of unity, cooperation, and emotional support that I’ve never experienced before in such a large gathering of men. We became true friends: a group of friends sharing a common direction. We also learned a lot from each other, and, individually, I believe we all felt that we improved our individual strengths and abilities to contribute to our community in our own special ways.

I intend to maintain the friendships of this men’s camp and look forward to going back to Australia again.  Oh, and did I mention how good the food was?