Julia Butterfly and The Stand that Changed the World

In 1997, Julia Butterfly Hill took a stand. She climbed a thousand-year-old redwood to stop the clear-cutting of an ancient forest.

She didn’t know it then, but she wouldn’t be leaving those branches for the next 738 days. 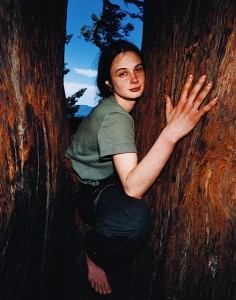 Why would a young woman risk life and limb and endure isolation, hunger, and the rain and freezing temperatures of the coldest winter in northern California? Why would she continue on even when an angry logger killed her friend and fellow activist by dropping a tree on him? Why would she stay as the lumber company harassed her with helicopters and bullhorns, when she had to watch chainsaws felling ancient trees all around her day in and day out? She writes,

“When I entered the great majestic cathedral of the redwood forest for the first time, my spirit knew it had found what it was searching for. I dropped to my knees and began to cry, because I was so overwhelmed by the wisdom, energy, and spirituality housed in this holiest of temples.”

When she felt her own relationship with these ancient trees, she knew she had to take a stand for what was deeply important. Julia’s stand not only saved Luna and helped the plight of the ancient redwoods, but it also brought the sacred and interconnected nature of all life to the the hearts and minds of hundreds of thousands of us. As we watched her, we were touched not only by her dedication, but also by her relationship with Luna. Julia brought the tree alive in our awareness. We began to recognize this tree and her sisters in the forest of ancient redwoods as living, aware beings worth protecting. We were able to see them not as a resource for human use, but as friends, as our relations.

Her stand was for nature, but it was for much more than that. She continues her sacred activism in her ongoing project, What’s Your Tree, which works to create an international network of small groups that heal the world, and by giving talks and support to efforts enlivening purpose, sacredness and connection in the world. She says,

“That day, when I climbed up that tree and got it, that clear-cuts are the inner landscape… We are all one, we are connected whether we like it or not. What you do to the planet, you do to the people, to the animals, to the future generations, and on and on. When I got that, my choices began to change. I could not make choices in a numb, disconnected way anymore.”

Her stand changed her, but it also changed everyone who bore witness to it. Ever since the first moment I saw an image of Julia in Luna in 1997, my life has been inspired by her courage and selflessness. And I’m one of many. I asked Danna Smith, Executive Director of the Dogwood Alliance, a nonprofit group working to protect forests in the South, how Julia’s stand impacted the world of activism:

“Her actions allowed a dialogue to come out that’s very rarely talked about in terms of connection with nature as it relates to protection of forests. She was on mainstream TV talking about how the trees talked to her. It was pretty profound. It gave lots of people the safe space to have those feelings and connections with nature and talk about it. It was pretty bold of her to be talking about that as a core part of why we should be protecting forests around the world. That type of thing wasn’t encouraged for activists before Julia took her stand.

It was really bold of her to be authentic in why she was doing what she was doing. It wasn’t an economic reason or a reason to benefit the humans in some kind of ‘practical’ way; it was about her connection to nature. It was really inspiring and it was really hard for the companies cutting the trees to figure out how to deal with that. It’s critical for those types of big spiritual messages to get out there. She was sending out a big spiritual message to humanity not just about the redwoods but about human beings’ relationship with nature.”

In June 2012, Julia Butterfly Hill has taken another stand. At heart, it’s very much like her first one. It was an easy fit for Julia: when I asked her to take our Stand for the sacred and interconnected nature of all life, she responded with a hearty “YES”!

Julia’s stand from 1997 to 1999 inspired a nation and beyond, and its impacts last to this day. So will her stand with the Sacred Fire Community in 2012. Taking this Stand will transform the world and our place in it. Julia Butterfly Hill has taken her stand. Will you?

Forward this article to your friends now, and invite them to take a stand with you, me and Julia Butterfly Hill.

or click here to send an email to your friends and loved ones. Or use the social media links to spread the word!

Julia Butterfly Hill talks recently about the spiritual disease of our culture, which she calls “separation syndrome”:

View Julia descending from Luna in 1999:

Find out more about the Sacred Fire Community.

Thank you to Barry Shainbaum, who kindly donated his photo of Julia. It is taken from his book Hope & Heroes. www.barryshainbaum.com 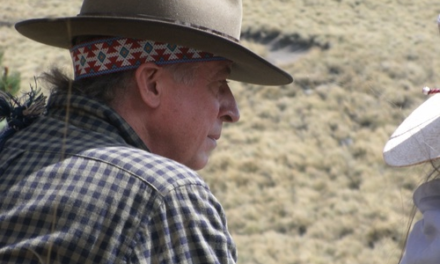 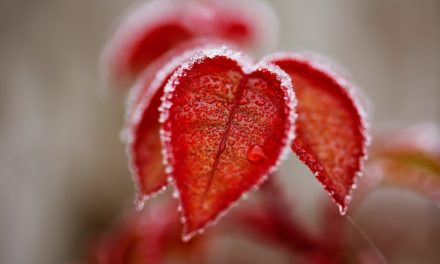