A letter from our new executive director

As of February 2013, the Sacred Fire Community’s leadership has transformed and expanded. We now have four directors (Susan Skinner, Jeff Bartlett, Tim Simon and Karen Aberle) and a single executive director over them, namely Bill Sutton of Denver, Colorado, USA. We asked him to write to the community and introduce himself to those who might not know him, and to share his heart with all of us.  —Editor 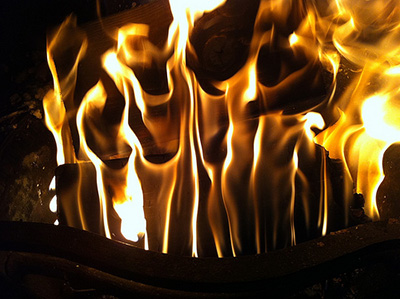 Like many of you, when I look back on my life, I realize I’ve always had a relationship with fire.

When I was 12, I almost burned my house down playing with matches and gasoline next to our main gas line. As a college student, I used to study with a candle burning next to me — not that I needed the light or that I was trying to do something “religious.” It was something I just wanted, a doorway that helped me stay connected to a deep sense of home and the mysterious. I’ve sought refuge by the fire at many points over the years, and love having a glowing fire to sit next to and read — or just watch.

After some ominous dreams and occurrences, in 2006 I found myself living in the small village of Tepoztlán, Mexico, where I met and opened a relationship with Grandfather Fire — in person. It took a few Grandfather Fires, but I gradually came to realize that the being speaking through the suit was the same as the being in the candle and the fireplace. Then many questions arose. What does it mean that he has appeared to us at this time? What is the need, the vision behind the myriad projects he is directing us into?

Grandfather recently spoke of His role as the divine architect, and our roles as the contractors and laborers. He implored us to fully engage the structures he’s bringing forth, saying that by doing so, we would see the divine wisdom behind them. But, as CS Lewis said of Aslan, “he’s not a tame lion.” In working with Grandfather, we are taken along paths that defy our conventional mind’s notions of success. We continually meet with paradox. How can we be grassroots and divinely orchestrated at the same time? How can we bring forth a spiritual community with no allegiance to a particular spiritual tradition? And the road is not always straight. How can getting frustrated and failing be the essential ingredient to success? As Eliot Cowan recently told us, Grandfather first had him looking for a retreat center (what became the BDC) in California. It was a dead-end street. But without exhausting those possibilities, Eliot could not have realized how much he needed to involve other people in the fulfillment of that vision.

We are so blessed to have found our way here. But this blessing comes with an urgency, a burden, an inspiration to do whatever we can to help do what he came here to do for our world in one of our darkest hours. It’s what happens when you recognize who Grandfather is, and you see where the world is, and you see the opportunity to do something meaningful with your life that could benefit many, many people. To turn your back on this is to exile yourself from your courage and dignity, as well as your fundamental inspiration for living.

As those who’ve been involved with the Sacred Fire Community can attest, Grandfather’s work is a movement through time — not merely an end to be arrived at successfully. And we are simultaneously the contractors, the tools, and the building materials. To be part of his vision — in whatever role, whether Firekeeper, executive director, or someone bringing a good joke and plate of cookies to a fire — is to be transformed, to become the design he is bringing forth.

Yes, sometimes we feel taken down blind alleys, sometimes we hit dead ends, and sometimes we are faced with murky fear that is deeply unsettling — but by embracing our opportunity to learn, opening to change, and seeing obstacles as an invitation to engage more deeply, we can find the divine wisdom in the architecture, of both our organizations and our lives. This only comes when we give into not being final products, but being open to learning and change. Or as he has told us several times, “Be the process.”

You see, we are each the hero of this story — “the hero with a thousand faces,” to quote Joseph Campbell. We are each faced with the task of bringing forth the courage, the bravery to be ourselves — to allow our hearts uninhibited reign — in a world gone mad. Each little foray, each skirmish of our personal lives is the story of Grandfather coming into this world. A world that would spit on us, call us “unreasonable” and “impractical,” while we know this thing we call heart, intuitive connection, humor and joy, is the only thing that makes life worth living.

The appointment of a single overall executive director to the Sacred Fire Community is part of a set of structural changes Grandfather has encouraged us to work with in this next phase of our growth as a community. This is a growth that will bring about many more changes: some rapid and shocking, some slow and so subtle that they can easily be missed if you don’t pay attention. My goal is to do everything possible to consult with and inform the community on key steps as we make them. Please look to future issues of HotNews for news on what’s afoot in the organization. And if you feel unheard or out of the loop, please let me know.

With love and gratitude for our opportunity to travel this journey together,

Read the Story of Fire.

Mentors: What are they good for?

Poetry from the Fire – Andy Weatherly