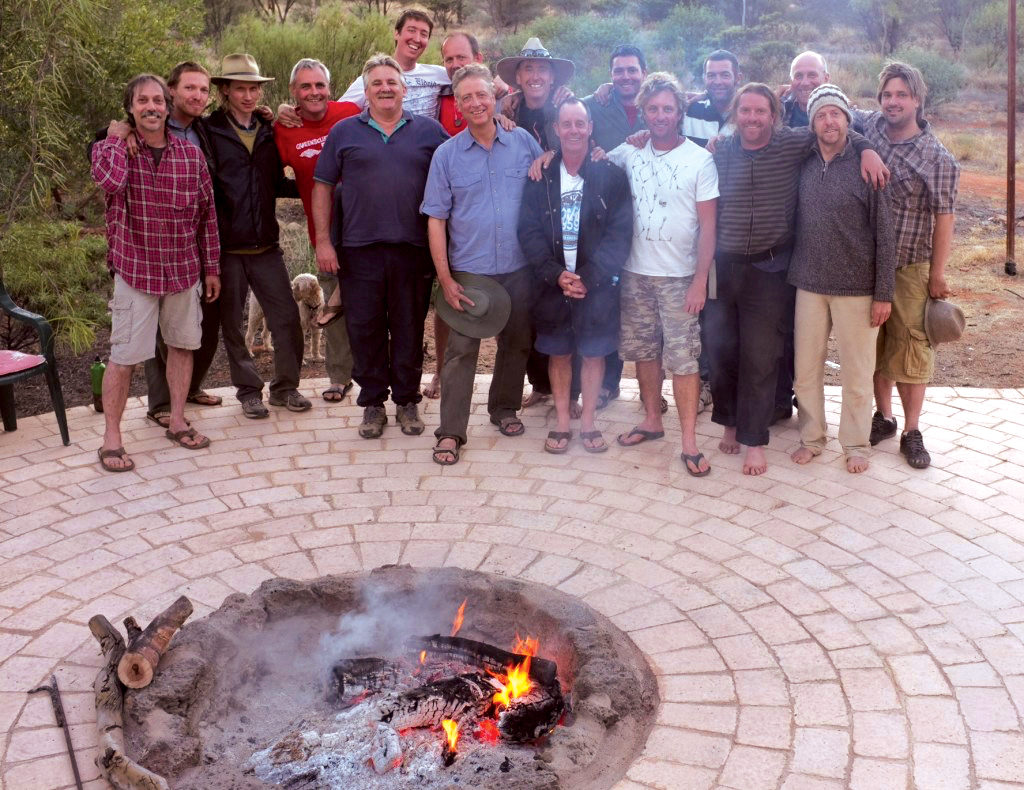 Rejuvenated men after a recent Ukilái in Australia.

Embark on a pilgrimage to your soul. Strip away society’s baggage, and learn to balance action, compassion, feelings and achievements in daily life.

Ukilái: (Uh-key-lá-ee) is a word in the Huichol indigenous language that means “a man who has reached a level of maturity and has taken on the responsibilities of spirit, community, and family.” An Ukilái has found his role and place within himself, the community and in the world and therefore is a support for himself and others.

In the indigenous world and the life of our ancestors, the masculine ones were initiated, taught, and guided to interact with each other, the feminine, the community and with the spirits. Knowing who they were, men found a home within themselves and produced balanced relationship with others.

Ukilái is led by don David Wiley, an elder healer in two ancestrally-related traditions. Born and raised in our modern western culture, yet steeped in traditional wisdom, he brings a unique and relevant perspective to what it is to be male in our culture.

Ukilái returns to Scotland April 19-23 and to Moab, Utah, May 31–June 4. This retreat offers men an opportunity to restore strength and clarity, releasing what no longer serves and preparing for what the future may hold.

Registration is now open for both events. Do you feel called?