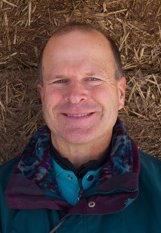 Gary Weidner grew up in northern Illinois and followed his parents and five siblings to Colorado when he was eighteen. In 1988, he began his career in structural integration after studying at the Rolf Institute in Boulder, Colorado. He entered into the roles of traditional healer and community leader in 1998 with his initiation as a granicero (weatherworker) in the tradition of the Nahuatl Indians of central Mexico.

Gary and his wife Deanna Jenne serve their community as marakames, healers in the tradition of  the Huichol Indians of  western Mexico, and as graniceros.  As initiated Firekeepers for the Sacred Fire Community, they offer monthly community fires at their home near Mesa, Colorado. Gary and Deanna are founding members of the Mesa Life Project, a planned sustainable community on the Grand Mesa near Grand Junction, Colorado.