JICAREROS’ JOURNEY TO THE BIRTH PLACE OF THE GODS – November 28-December 7, 2014

By Deanna Jenné It is a radical time of change. We are experiencing shocking destructive forces worldwide. Simultaneously the birth of a new epoch is taking place. Awakening us from a deep slumber, Fire is guiding us to reawaken our primal heart wisdom.

This is the dawn of the age called the Sixth Sun. Modern people worldwide are standing side by side with their Indigenous brothers and sisters, engaged in the act of bringing balance to the world through prayer and caretaking the sacred. As our hearts open, behavior towards one another softens, worn out illusions are lifted, and the rise of the true feminine is palpable in our relationships, communities and leadership.

Last year, Wixarika Jicareros (Huichol offering carriers for their ceremonial building called a Tuki) made a special visit to the marakate (shamans) of the Grupo Tatewari (the Grandfather Fire Group from the US and Mexico). During our annual stay in the homelands of San Andres Cohamiata, the ceremonial village in the Western Sierra Madre of Mexico, they told us, “We have always had five Tukis. This sixth Tuki (the ceremonial building we care take of in San Andres) and Grupo Tatewari is the fulfillment of part of the Huichol prophecy. The sixth Tuki would signify that we have entered the Sixth Sun.” 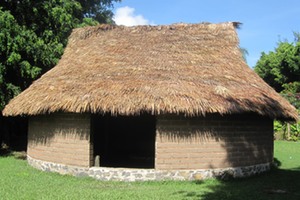 The Wixarika acknowledge that Grupo Tatewari has a mission in this new epoch of the Sixth Sun. Our presence in the world enlivens their ancient wavering tradition while it brings to western minds an even broader awareness of the necessity to maintain the balance of the world. This time of trouble and imbalance that has alerted the Gods of the need for Grandfather Fire’s (Tatewari) presence here to show and remind us the preciousness and interconnectedness of all life and to remember humanity´s gift of the mind is here to serve the heart.

The Tuki is a living being because it has been fed offerings, song, and prayers made by five marakate. Deanna Jenné, Patrick Hanaway, Karen Aberle, Alan Kerner and Jaime Velez have served as Jicareros for the last five years in a cycle of fiestas and pilgrimages to bring the tuki to life. In the Tuki, Don José Sandavol de la Cruz, cantador and Tsaurririkame, sings to bring forth the arrival of the Gods to teach us. This tradition maintains the balance within a village. The Tuki in San Andres, known as the Ancestral Tuki, and the other in Tepoztlan, Morelos, Mexico, the Principal Tuki – the first ever to live outside the Huichol homelands, are intimately linked.

This November the Jicareros will complete their five year ceremonial cycle. Since 2010 the Jicareros’ dedication to caretake the Principal Tuki has gone unprecedented. The fiestas and pilgrimages they tend bring about balance and harmony that sings throughout the land so life continues, the prophecy is fulfilled and the people have a place to connect as a community, receive healing, celebrate and pray to the Gods.

Upon return, the community of Tepoztlan invites everyone to a grand fiesta at the Principal Tuki to welcome the pilgrims back from their arduous journey. Following the fiesta the Jicareros perform the blessing ceremony for everyone. These blessings resonate out, just like a pebble dropped in a calm sea, reaching the Jicareros’ communities and then to the people of the world.

After thousands of years’ tradition, the Wixarika now experience a serious change as modernity encroaches upon their ancient, ancestral ways. They need our help. With their gracious gift to us, as the prophecy has foretold, we will work to keep this tradition alive and spread its blessings throughout the world.

Please join the completion fiesta and blessing ceremony on December 7th. For more information and RSVP to Ana Cortez at ana.jacaranda@nullgmail.com or Erica Cohen at jinpakartso4@nullyahoo.com.

Warmth and Wisdom to Transform the Cold