On March 4, 2017, Grandfather Fire granted an audience to the Sacred Fire Tepoztlán community, in honor of the Tibetan New Year. He has been doing so for the last 15 years since there have been deep ties between this community and the local Shambhala Buddhist community.

According to the Tibetan Buddhist calendar, each year resonates with one of 60 different energies based on the combination of one of five elements (wood, fire, earth, metal and water) and one of twelve animals. 2017 brings forward the combined energy of fire and bird, or rooster.

Grandfather Fire began by explaining that when the energy of fire combines with that of the rooster it is called Fire Bird, or Heaven Bird. He said sometimes this is mistaken as the Phoenix, a bird that rises from ashes, like a resurrection from something that is dead and inert. The Fire Bird, on the other hand, takes on endeavors that are alive but have not yet been fulfilled, and dreams or projects that one has strong feelings for but which have not yet been achieved. These lie dormant, but are not dead. Such dreams may have run into blocks or been slow in their manifestation as a result of old patterns of thinking and of limiting perceptions of how things should be done.

Fire Bird takes what has been asleep or which has not come forward with the passion that is possible, and infuses great energy to achieve what has not been achieved before. During a Fire Bird year, new possibilities are available, and the spirit of the year provides much. In order to do that, Fire removes the blocks, the attachments and the ways in which things are held as though there is no chance of movement. It can do so with great force. It is not a destruction meant to end something, but to transform something, which is what fire does. Through the expression of fire, the Fire Bird sweeps through and transforms and also makes new things possible that were never even considered before.

An example was given of a house containing many objects and material things to which someone has a lot of attachment. If Fire comes along and takes away the house and all the objects, it forces a person to start over again. Fire removes the attachments that keep a person from moving forward and it produces an opportunity for a new relationship with things. This in turn rejuvenates that person, and allows him or her to move out of a place of comfort, out of a state of being asleep or resigned. Important self- inquiry can follow: “What do I want? How do I want to reconstruct my life? What is really important to me? What do I want to do now that I’m free of attachments?”

This year will have situations like that occurring, but the losses will not be arbitrary. The spirit of the year sees what is sleeping and what a person really wants to achieve but has not yet pursued in a determined way.

There is important advice about how to deal with challenges. Instead of responding to these with fear and withdrawal, as something to protect oneself against, one can use the qualities of the rooster–passion and self-confidence–to view challenges as opportunities for great learning and growth. Since fire is an element of the heart, it provides connection and guidance. As passion rises up, it expresses through the heart; the heart works to create guidance; and the energy then moves toward discipline and focus. So when heart expression is achieved, it brings a sense of self-confidence in the face of great challenges.

The rooster year has to do with being organized, disciplined and hard working so that as passion rises up (the fire aspect of the year,) it activates a sense of how to move skillfully in the world, pushing for change in a focused and good way.

When the Fire Bird year is masculine, it tends to favor selfish endeavors, which can lead to arrogance and a focus on self-fulfillment. But the spirit of 2017 is feminine, so the flavor is more for community and for family, particularly in the spiritual realm, because a spiritual achievement is not sought for personal gain. It’s for capacity for the community, family, friends and society.

Grandfather Fire recommended that elders live their elder years with great passion and focus. Passion is available at any stage of one’s life, so rather than living out of physical and health limitations, one can choose passion combined with focus and discipline. Limitations are very illusory. Awakening passion and bringing that forward is very available in this Fire Bird year, even if the awakening can feel challenging.

Ana Cortes is a Sacred Fire Community Firekeeper in Tepoztlán, Mexico, where she lives with her two cats Monster & Miel (honey in Spanish). She thinks of her home as paradise, since she is surrounded by spiritual mountain beings, a lively community and ecstatic customers drinking mojitos and listening to drums at her bar every weekend. 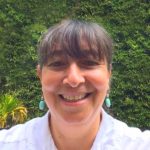 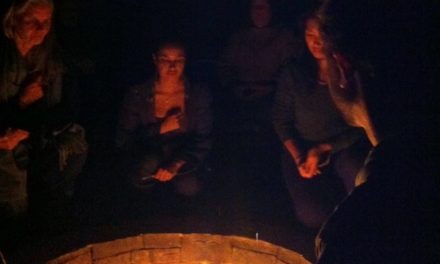 In the Time of the Smoky Mirror 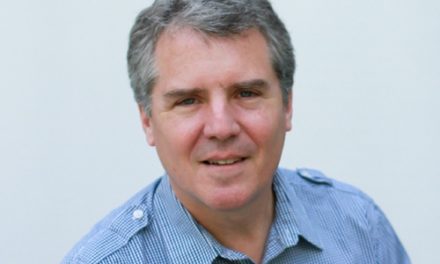 An Interview with Bill Sutton, Executive Director of the Sacred Fire Community

SAVE THE DATE: A Very Special Grandfather Fire Event 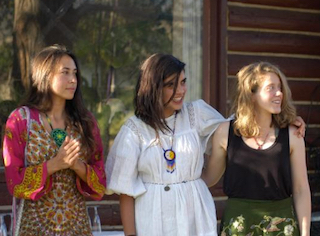 Sacred Emergence: An Initiation into Womanhood